The gang arrived late afternoon for a 4pm pre-ride, then sat around chewing promoter-issued “military grade” caffeine gum as the sun set, the air growing cold and dewy. Our start times: Women at 7:45pm, Men at 9pm.

Courtney jumped in the deep end for her first UCI race with a fantastic start but faded once her head cold took the driver’s seat. Not without a good light show though, between the holiday lights strung up in the barns, and according to Courtney, “the bright orange Harvest moon suddenly on the horizon distracting me from finding the ruts.”

My race started poorly. A minor lapse in concentration on the first lap is a dangerous thing. At the flyover stairs, I came in with too much speed and had to ditch my bike mid run-up. After scrambling back down to retrieve it and straightening the bars, my mental game was completely shot with frustration and I couldn’t get back into my groove. Picking out course sections for physical recovery is usually straightforward; practicing mental recovery from setbacks is a difference between good and great athletes.

Meanwhile, I was still racing my first UCI outing of the season. In the dark. Some corners had a notion of the correct line, but not much visual evidence of such. Under the flyover, a racer must have lost his line in the deep wood chips and buried a front wheel, landing him on the ground. I swung wide with a bit too much speed and slid somewhat under control, tapping the fence and receiving a spectator shriek in exchange.

I was pulled at two laps to go, offering me a chance to watch Andrew battle in the group for 11th as they nearly managed to reel in 10th place. 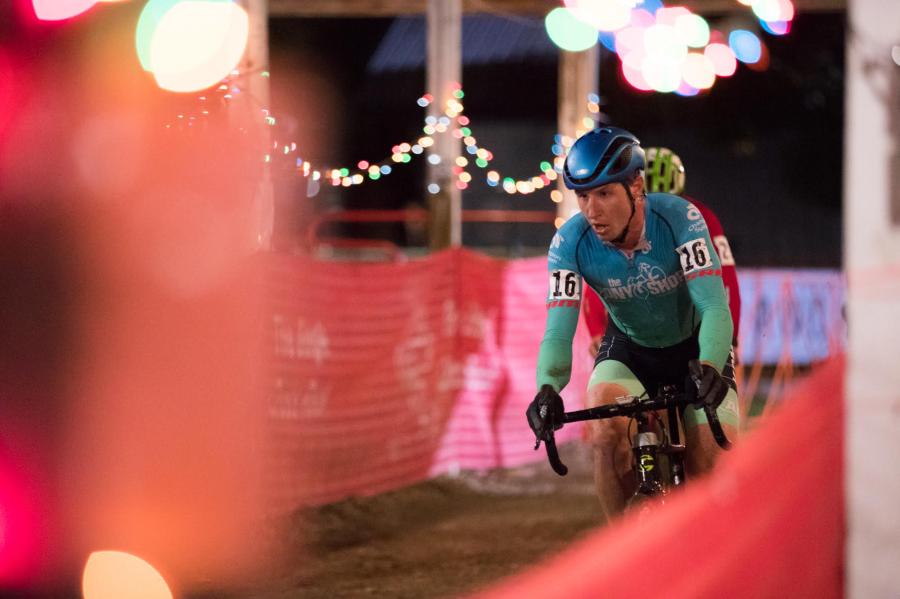 A rest day for the team meant a tour of Iowa City coffee shops and some good ol’ fashioned race spectating.

Sunday brought us a C1 race on the World Cup course from Saturday. Courtney scratched from racing with a worsening cold as Andrew and I warmed up. Overnight rain and additional climbing made for the rare sweaty+muddy conditions under the sun. Thankful for ChampSys skinsuits with full zip fronts! We put our mechanics to work in the pit, grabbing fresh bikes each lap before hauling them straight uphill on our backs.

We each got four solid laps in (eight times up the terrible Mt Krumpit) before the Belgians caught us from behind, reminding us why they’re the best in the world at this sport.